This item has already been added to your order.

Not added to cart 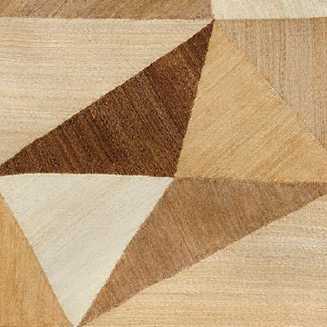 Miles Redd embarked on his career in interior design with luminary antiques dealer, John Rosselli, and decorator, Bunny Williams. In 1998, he opened his own design firm in New York City, then later served as the creative director of Oscar de la Renta Home from 2003 to 2013. Redd is known for his unique aesthetic characterized by mélanges of high and low, a strong sense of color, and a traditional approach with modern gestures. Redd finds inspirations from a wide array of venues. His trademark approach to design results in rooms infused with boldness, wit, fantasy and sophistication. In 2012, Redd published The Big Book of Chic. As a Vogue Living review states, “captivated by chic from an early age, Redd has assembled a personal medley of images –a white-gloved hand poised to pluck a caviar toast, a 1940s princess in a froth of tulle and a Roman bust wearing a coolie hat –people, artists and places that inspire him. To those rich pickings, the decorator adds shots of his ‘party ready’ interiors and quotes of a life less ordinary.”
His work has been featured in Vogue, W, House Beautiful, Elle Decor, Veranda, and Architectural Digest –which has included him in the “AD 100” every year since 2012. This is his first collection of exclusive and completely customizable floorcoverings for Patterson Flynn.

As the specialists in custom rugs, we create beautiful things for those as obsessed with quality and design as we are.

As the specialists in custom rugs, we create beautiful things for those as obsessed with quality and design as we are.

This site requires cookies to be accepted to allow the best site experience possible. By continuing to browse the site you are agreeing to our use of cookies. See our Privacy Policy.
.
ACCEPT
Manage consent

This website uses cookies to improve your experience while you navigate through the website. Out of these, the cookies that are categorized as necessary are stored on your browser as they are essential for the working of basic functionalities of the website. We also use third-party cookies that help us analyze and understand how you use this website. These cookies will be stored in your browser only with your consent. You also have the option to opt-out of these cookies. But opting out of some of these cookies may affect your browsing experience.
SAVE & ACCEPT